The restoration of the Malaga Cove library, completed in 2017, was a decade-long labor of love made possible by many generous donors. The project began on August 11, 2005, when the PVLD Board of Library Trustees commissioned Milofsky and Michali Architects (M2A) to develop a Preservation Plan for the Malaga Cove Library. The design, infrastructure upgrades, and restoration work outlined under that plan were carried out in a series of projects over 11 years.

The periodical area was completed as a prototype for the finishes, cabinetry, and lighting that would be used for the restoration. The most recent projects involved the installation of reproduction lighting in the Main Reading Room and the installation of new Circulation and Reference Desks. 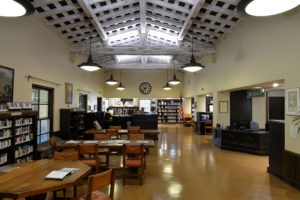 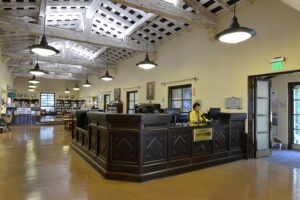 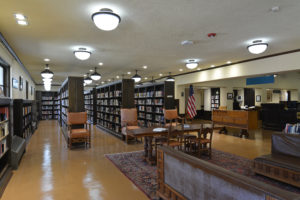 Here are some of the other areas that were restored:

Most impressive of all, perhaps, was that all the work was done over 11 years, funded entirely with donor contributions, without ever having to close the library.

On Sunday, October 29, 2017, the Peninsula Friends of the Library celebrated the completion of the Malaga Cove Library Restoration with a champagne tea to honor those who made the restoration possible through more than $1,000,000 in donations. The Friends are very grateful for these committed members of our community. 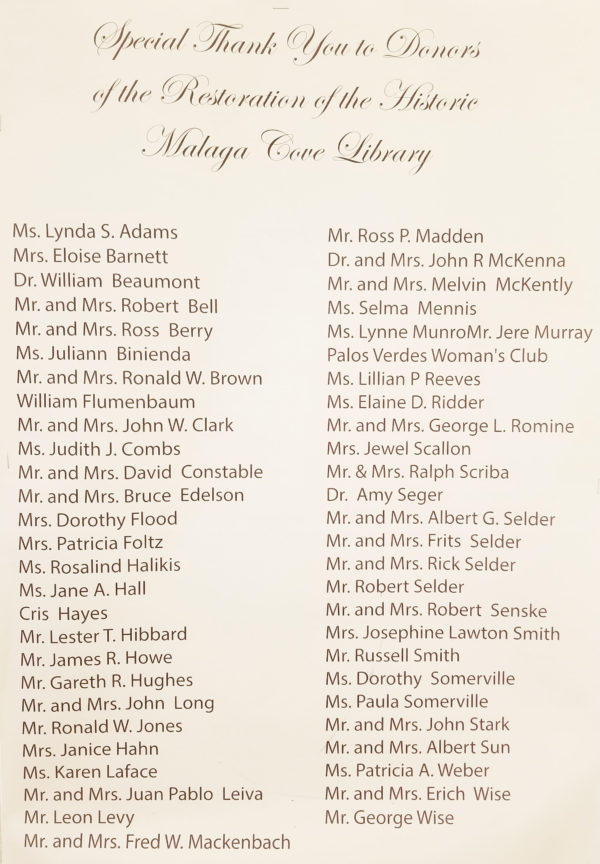